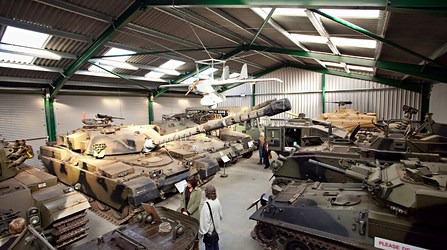 The Muckleburgh Collection is a military museum sited on a former military camp at Weybourne, on the North Norfolk Coast. It was opened to the public in 1988 and is the largest privately owned military museum in the United Kingdom.At the time of the museum’s opening in 1988, the principal display consisted of 30 vehicles and a small room describing the camp history.1 The museum has expanded to include over 150 artillery pieces, tanks and other vehicles, most of which are in working order.